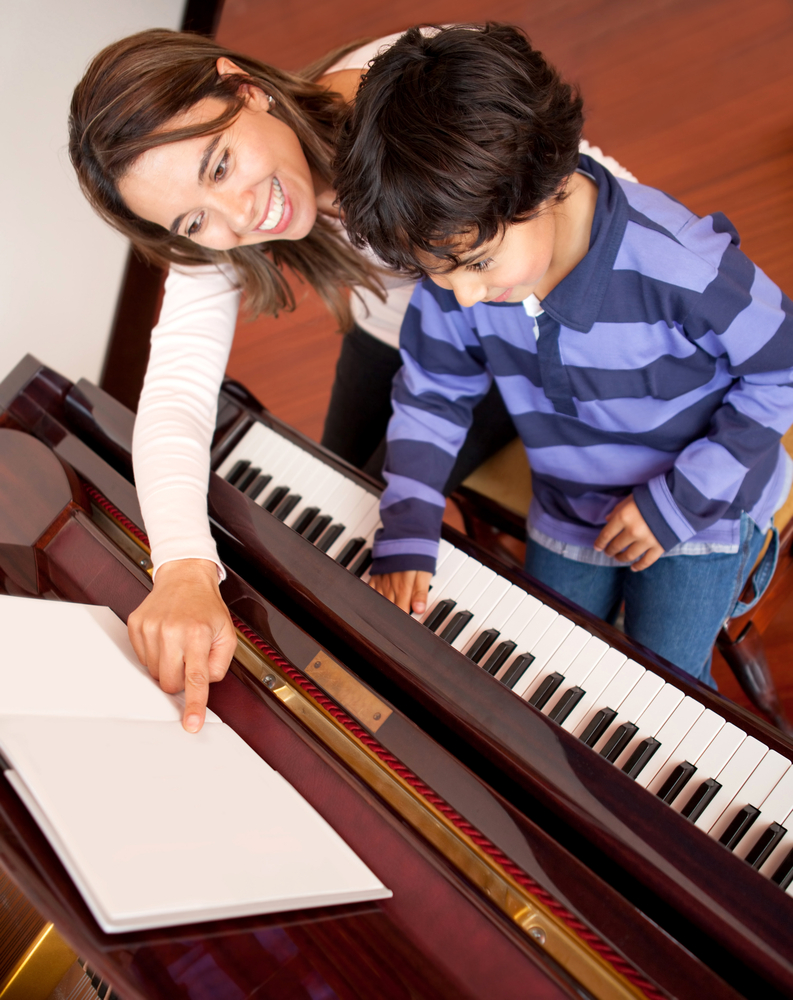 How to Pick the Right Instrument For Your Child’s Personality

You’ve been pondering on it for a while, and you’ve finally decided to go for it: You want to broaden your child’s artistic horizons and see if they would at all be interested in playing a musical instrument. Perhaps they have hidden talents just waiting to be unleashed. You may have a young Mozart – or at least a kid version of Kelly Clarkson – ready to step on stage. But whether they’ve already expressed interest in learning to play music or have no clue yet if they’d enjoy it, the perfect instrument for your child still needs to be discovered.

While we can’t advocate just showing up with, say, a brand new harp (unless of course, your child really wants to be a harpist), there are definitely directions that you can steer your child towards. Keeping in mind budgetary concerns and your child’s age when they start, you have plenty of options when it comes to finding the instrument that best suits their personality.

Unless you’ve given birth to a natural prodigy—and the chances of that are sadly slim—mastering a musical instrument is a process that takes dedication, tenacity, and above all practice. Yet, even casually learning how to play still requires some practice – it wouldn’t be very beneficial to hand your son or daughter a guitar with no basic lessons! After all, the point here is to foster a love of music, creativity, and the arts, and if you start your child off with an instrument that will either frustrate or bore them, then there’s little chance they’ll keep up with it.

Another thing to keep in mind is that your child has to enjoy playing the instrument and the sound it produces. This sounds pretty obvious, but it’s something that many parents can overlook as they search for a starter instrument that’s within budget and physically feasible for their son or daughter’s size. Even the most disciplined child won’t want to practice an instrument that they find silly, or boring, or that they don’t like the sound of. PBS Parents raises a good point: “These are extremely important considerations because there will be little motivation to practice, your child might resent the instrument (or playing music in general) and the sound and way of playing aren’t attributes that “grow on you.” This may seem obvious to parents, but be aware that some teachers or band leaders might encourage your child to play an instrument they don’t like because the band ‘needs’ another bassoon or French horn.” No matter what your child’s personality, a love of music won’t come if it’s forced.

So what are some basic instruments that work for pretty much all kids to start off on? Setting aside the idea of school-assigned plastic recorders, starting a young child on a piano as their first instrument is a smart choice. Piano sheet music can be easily read by children as well as helping them mentally put together how melodies and harmonies work. It’s also a great way to teach them how to read simple notation and build their confidence about performing. There are many piano teachers available, and since your child can practice with their instructors, there’s no need to invest in a baby grand piano – a small keyboard will do the trick until your son or daughter decides they want to get serious about playing.

PBS Parents also advocates for violin as a good starter instrument for children younger than six: “Although instruments like the guitar are also available in smaller sizes, the violin is advantageous in its lack of frets or keys, allowing your child to focus solely on the sounds produced. In addition, this helps kids learn to play in tune, and the bowing of the right hand teaches the concept of musical phrasing.” Both violin and piano are solid teaching tools when it comes to helping children understand the fundamentals of how sound is created and how the notes fit together. And the better they grasp this knowledge, the less frustrated they’ll become. More small victories while learning means that they’ll be more likely to keep playing and pushing their boundaries towards bigger musical pieces.

Once your child has moved past the early stages, it’s definitely worth examining if they work better alone or as part of a group. While all instruments can be played solo, there are some that are much better suited to lone performances than others. Classical instruments like the cello and the violin may be part of an orchestra, but they are also frequently highlighted in solo performances. If your child is the kind that fearlessly thrives in the spotlight (and maybe isn’t so good at sharing it), then perhaps look into a musical instrument that will put them center stage.

Another good option is vocal training. As with strings, vocals are often highlighted in solo performances, and a confident young person will make the most out of a singing spectacle (particularly if they love shows like American Idol). As a bonus, if your child isn’t the type who enjoys the technicalities of sitting down to practice an instrument, then vocals might be the best choice. It’s a built-in instrument that may require some fine tuning from an instructor, but after that, it’s ready whenever it’s needed!

However, if your child is the social kind who really wants to be a part of a group, then you’d be best looking at the more standard ensemble or orchestral instruments: guitar, bass, drums, brass instruments, or even keyboards. Being in a band is an experience that teaches kids the value of teamwork, not to mention how they can contribute value to a greater whole. It could also be a good answer for a child who’s not quite as confident up on stage by themselves, and can really draw strength from having fun with their friends.

For those who thrive on encouragement and feedback from their peers, playing guitar or drums with the intent on being part of a band is also good to help kids stick with their instrument. If your child is less into spending hours memorizing a classical piece and more into hanging out with their buddies, then consider a more casual instrument like a guitar and let their friends’ compliments inspire them.

Although every parent knows that a child won’t necessarily gain musical talent on the spot, picking the right first instrument for them to try can make a world of difference between sticking with music and being turned off altogether. Try not to be too ambitious at first, and start them off on something where they can learn the fundamentals, such as piano or violin – then, as they become more dedicated, look for something that best suits their qualities. Whether confident and determined or casual and social, there’s sure to be an instrument out there that will capture your child’s imagination – and lead them on a path to appreciating music.

Jennifer Paterson, Founder & President of California Music Studios
Jennifer Paterson, A.R.C.T., Master’s of Music (voice, piano), has degrees from Boston University, The Royal Conservatory of Music of Toronto and the University of British Columbia. She was a recipient of The Canada Council Award to study at the well-known Royal Opera House in London, and was the principal soprano for the Boston Lyric Opera Company. Her dedication to the legitimate training of the voice and piano has made her a definite asset to the musical community of Southern California.