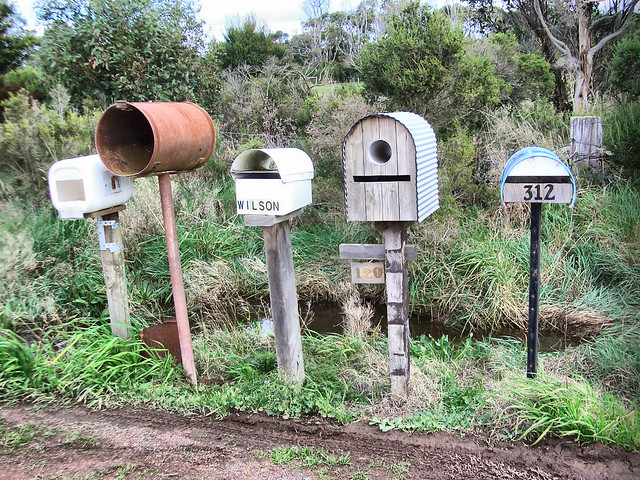 The Hope That Emerges

So, I backed into my neighbor’s mailbox the other day. Knocked it clean off its post. As it happens it was my daughter’s best friend’s house, so it brought my kids no small amount of merriment. The deal was, there were many other things that had drawn my attention—some cars parked on the road that aren’t normally there, a song I was trying to get playing on the radio, the endless pursuit of making sure everyone was strapped in before we left, etc….   and while I of course checked my rearview mirror for cars and kids, I was also counting on my back-up beeping mechanism to beep, as it does, if anything was unexpectedly getting too close to my van’s rear end. Only, the back-up beeper decided to take the day off, and my focus was in twelve other places, and ka-BLAM, there went the mailbox.

How often do we focus on the wrong things?

Or… how often do we avoid intentionally focusing on anything, for that matter, for fear of what we know is waiting for us there? For fear of those things quietly tugging on us, whispering… and eventually shouting… “hey.  Hey.  HEEYYYYYYY.   You know you have to deal with…”

I’ve been talking recently about our lost and broken places, and I think that there is a lot of avoidance when it comes to focusing on those things, because of that fear. The fear of our broken places can paralyze us into complete immobility and isolation. But ultimately, if we don’t focus on them… Ka-BLAM. They will take us by surprise in how fiercely they take us out.

For many of us, asking us to focus on our broken places is like asking us to dig a hole to the center of the earth or build a ladder that reaches the moon. Because the story we tell ourselves, that loop in our head, is pretty relentlessly trying to convince us to keep our eyes averted.

Maybe you’ve got such a loop in your head.

Maybe it sounds like a steady stream of: It’s impossible. It can’t be done, so why should I even begin? I don’t even know where to start. I don’t even have the energy to turn my eyes towards it. Nobody understands. Nobody’s been here. I must be so stupid. How did I get here? I’m too far gone. I’m too sick. Everyone else has it figured out. There’s just no way. I’ve burned too many bridges. I’m a fraud. I don’t want to. I can’t. There's no escape. It can't be fixed. I'm wrong. I’m scared. I’m alone. Everything is just fine.

Our broken places may be different, but the loops in our head can sure sound similar, can’t they?

But, in my experience, hope emerges when we stop averting our eyes, even if just for a moment. If we change the loop, even just a little. That’s when our healing begins.

I could have averted my eyes and just left the mailbox broken and battered there on the ground and sped off like a bandit into the night. But since it was a friend of mine that would have been a fairly uncool move, and since my kids were watching they totally would have told on me, and since it was broad daylight and I was in a minivan I would have been caught long before I reached the border, even if I was just gunning for the border of town.

Instead, I fixed the dang mailbox. And now it’s just another story I can tell. It’s a part of where I’ve been and what I’ve done, but it’s not who I am.

Let me say that again. It’s a story I can tell about what I’ve done.  It’s NOT the story of who I am.

Whatever you’re averting your eyes from—that’s just a part of your story. Right now, the loop in your head might be telling you that it Is Your Story.

I promise you, it’s not.

How can you change the loop, even just a little, and see what hope might emerge, today?

September is National Recovery Month, in recognition of mental and substance use disorders and in support and celebration of those on the path of recovery. For more information, visit https://recoverymonth.gov/