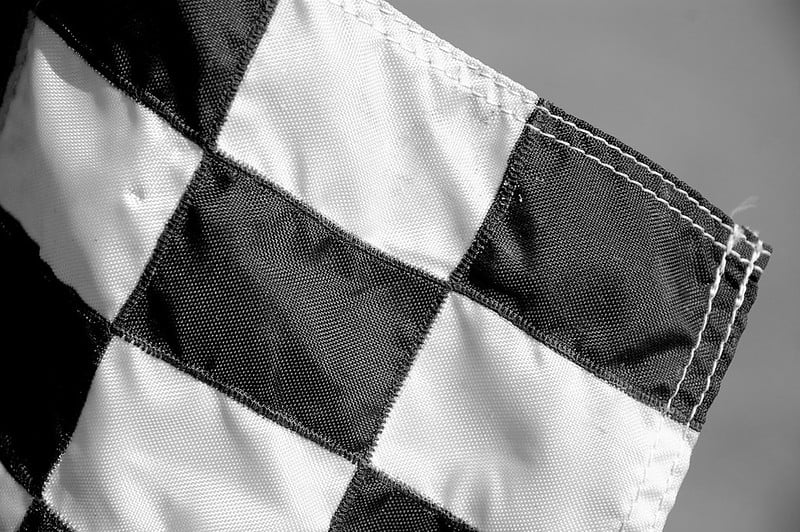 If you’re a racing fan like me, maybe you watched the Daytona 500 yesterday afternoon and evening, delayed from Sunday due to rain. And if you did, you saw some crazy wrecks toward the end of the race, none worse than then-leader Ryan Newman’s wreck in the final lap of the race. A wreck which made me gasp out loud as I watched it occur. A wreck which after moments, and then minutes, and then hours of uncertainty left us wondering if he had even survived.

My son, who is eight, is a huge race fan, particularly NASCAR—he’s the biggest and most knowledgeable race fan I know; he’s the reason I’m the fan that I am, honestly. And so of course he saw the wreck, too.  We were watching the race in separate locations, so soon afterward we FaceTimed so he could share his nervous, fearful uncertainty with me. He didn’t know what to do with himself, or where to place his energy. It was a helpless feeling for both of us—we, who are just racing fans, just spectators; we who don’t know Ryan Newman at all. So I can’t even imagine what his family and friends and fellow drivers were feeling in those moments. What they are feeling still.

We have since learned that Newman is in the hospital with “serious” yet “non-life threatening” injuries. And at the time of this writing, I don’t know what that means, or the extent of his injuries, or what the road ahead looks like for him and for those that love him.

But I know that no matter what the road is ahead, it’s most certainly altered from what it was at the beginning of yesterday’s race. Just in a split second, everything can change.

I’m always amazed at just how far-reaching the impact of a split-second event like this has… from the epicenter—what Newman and his loved ones are dealing with in recovering from such a horrific wreck—to the many ripples outward: how the wreck could influence future NASCAR safety regulations or driver communication practices; how fellow drivers, rattled from this experience, might make personal decisions that change their own trajectory in this field; how a little boy watching from miles away might internalize the harsh reality of the dangers of this sport and of the fragility of life itself. You never know how far the ripples go.

I was planning on writing about something else today. I was going to write about the stupid weather and how winter was driving me batty and how I was desperate for spring and how metaphorically we always have to hang on through winter and blah blah blah already. (I’ll still probably write about that next week).

But not today. Today I’m thinking about split seconds.   And how our lives are made up of split seconds. And how so many of them don’t matter at all and how some of them matter more than anything.

I find myself fidgety today.  I’m fidgety wondering how Newman truly is and worrying about his well-being. I’m fidgety thinking about my 8-year old son in his third grade class trying to learn about mass and fractions and adjectives, and knowing that his mind is still trying to process the wreck, too, because he has a huge heart and I just know he’s carrying that wreck heavily in that huge heart of his. And then thinking about all of that has made me fidgety thinking about all of you, too, because I don’t know what your heart is carrying or what split seconds you may have experienced recently that have mattered more than anything.  We never truly know what the heart of another is carrying.

So, I bow my head today in reverence for life’s split seconds, and in reverence to you and what you might be carrying in your heart.

How can you hold in reverence the “split seconds” in the hearts of others today?