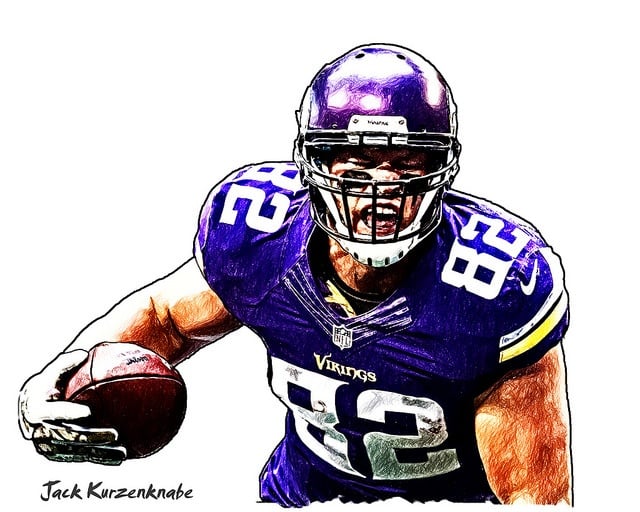 Hope Until The Clock Runs Out

There was some exciting football going on in the divisional playoffs this weekend, capped off by a breath-holding finish between the Minnesota Vikings and the New Orleans Saints yesterday evening.

Minnesota had led most of the game, completely dominating in the first half. But the Saints kept fighting, and found their way into the lead late in the second.  But then Minnesota climbed back on top, with just minutes to go….    and then New Orleans took the lead again, with just 30 seconds left in the game …. And then, with less than ten seconds to go, Minnesota quarterback Case Keenum threw for a 61-yard touchdown, completed by receiver Stefon Diggs, to win the game.

I love football. It’s my favorite sport to watch.  And this weekend didn’t disappoint. But I love sports in general, and I think because it often comes down to moments like these—buzzer beating plays that could go either way, and two teams that won’t stop, that don’t give up until the very end no matter how bleak the odds appear. Players that believe in the possibility of a win, and keep their sights on that possibility until the clock runs out.

If you’re a sports fan, how many games have you turned off mid-way through because you “knew” how it was going to end—because the writing was on the wall—only to find out later that it ended a completely different way? That your team rallied late in the ninth… or in overtime… that something completely unexpected had happened?

That’s the fun of sports… but it’s also a good reminder for life.

How often do we run out of steam before the clock runs out? How often do we decide that we’ve “lost,” because the odds aren’t looking good? Because the score seems stacked against us? Because our competitor is worthy, indeed? Like Rocky Balboa running on the beach alongside Apollo Creed in Rocky III, we just stop running. We just give up.

Instead, I think we should remember those athletes who remind us over and over again that there is always the possibility of a final-second play that will change everything. That the game is truly not over until the clock actually does run out.

So if you’re struggling to “win” at a new project, idea, or business venture… or heck, even a New Year’s Resolution—take a cue from the pros and get back in there for another play.

How can you hold onto hope until the buzzer rings?