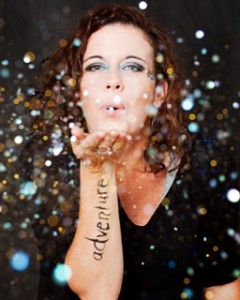 Even if you proclaim to hate golf, if you happened to stumble upon it on Sunday afternoon it wouldn’t have taken long for you to get hooked.

And, if rumor is true, Spieth was named after Michael Jordan, another unlikely sports hero. Unlikely because legend has it that he was met by many failures leading up to college, with more than one coach doubting his staying ability-- even being cut from his high school team as a sophomore.

So, what makes these heroes unlikely? Odds said they shouldn’t. People said they couldn’t. Circumstances said they probably wouldn’t. But then they went ahead and did it anyway.

So many of the people we are drawn to have unlikely stories… why shouldn’t we? What separates us from those heroes of ours? I think so often we just assume we can’t. Oh I could never… we tell ourselves. Yes, but she’s so much more… we convince ourselves. I'm just not that lucky ... we mutter.

Because the thing is—how will we ever know if we could become an “unlikely hero” if we don’t even try? If I want to play in a band, but I assume I can’t so I don’t even bother… well then my chances are zero percent. But if I try, maybe my chances are only one percent. And maybe it won’t work. In fact, in probably won’t. But if  instead I say “What the hell?”; if I say “What will it really hurt if I try and fail?”, if I say “I don’t want to wonder what if”… then maybe, just maybe, the unlikely will occur after all.

What unlikely thing can you accomplish today?