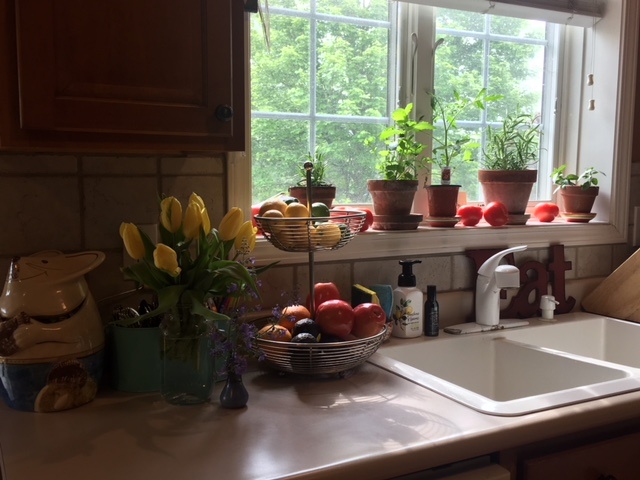 This is my kids’ last week of school before summer break begins.  And for my daughter, a fourth grader, it’s her last week in elementary school—her last week in the school she’s attended since kindergarten.  Next year she will transition to the “Intermediate School,” a school where her fifth grade class alone will be comprised of approximately 600 students… pretty much the same number of students that make up the entirety of her elementary school, K – 4.  Next year she and her brother will be on different school schedules and ride different buses.

I’m suddenly feeling the “whoa” in all this.

Where I live, that looks a little something like this: There are leaves on the trees and the grass is growing at a pace I can’t keep up with. There are flowers blooming and ants marching, relentlessly. There are birds singing, non-stop, and storms rumbling. I have fresh tomatoes perched on my windowsill, a reminder for me to stop and feel my heart, to appreciate the beauty in the simplest (and most precious) things in life. I have these whimsical butterflies hanging in between my kitchen and sunroom, leftover from a spring celebration a few weeks ago, that I can’t seem to take down because they flutter and dance and sparkle in the sun and remind me of the magic of the season. Hats and jackets have been shed, and sandals are giving our toes a chance to say hello, waking up from their long winter’s sleep. There are games of catch in the backyard and murmurs of excitement about the pool opening this very weekend. Our sports obligations are ending so there is the delight of wide open free time and plots of sleepovers and mischief.  There is the running from house to neighborhood house.

(Author’s Disclaimer:  Lest you imagine me dancing carefree in a field of wild daisies, at this point I feel compelled to also point out that the house is still filthy; my attempts to do that trendy thing where you put everything on the floor and then re-organize by only keeping what you “love” has left my office space in shambles and just a whole bunch of things on the floor—I abandoned it three weeks ago and am afraid to walk downstairs to the basement and deal with it; my garage is an over-stuffed sack of kid-crazy; I watched the Royal Wedding and then Indy 500 Qualifying when I was supposed to be vacuuming and paying bills; my van is an active science laboratory; and on I could go…     there is chaos in every nook and cranny. I’m choosing now simply to shift my focus. To focus on the magic of the transition.)

Because there is magic in every transition.  In the transition to summer, there is the ripe, the green, the fresh, the life, the anticipation.

And I think that can be said about any transition.  No?

Some transitions aren’t as predictable as the one from spring to summer.  Some are new and unknown. Like Marlowe heading off to the intermediate school with 599 other fifth graders in August.  And if you’re anything like me, those kind of transitions are the ones that make me want to add some vodka to my coffee.   To say “hang on a minute, I think we’re doing just fine as we are thank you VERY MUCH!”

There is chaos in all of them, even the predictable ones. Because you can’t have a transition without a letting go of what you’ve gotten used to—what’s safe or comfortable.

But… you get past the discomfort, you find the magic. The fresh. The ripe. The anticipation of what’s next.

For, as long as we’re living, there is a next awaiting us.

What’s next for you? And how can you find the magic in it? 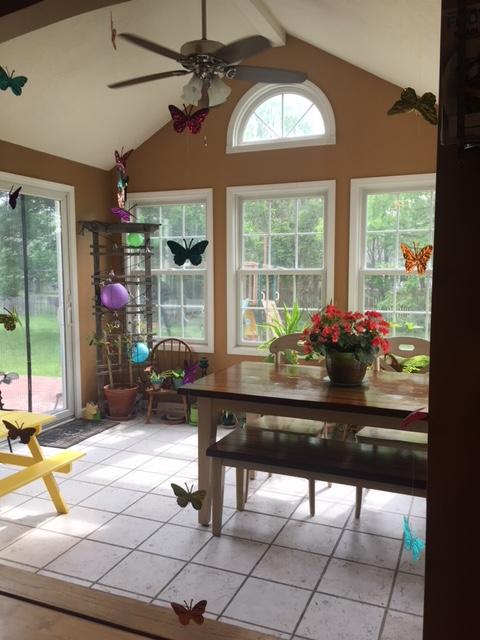