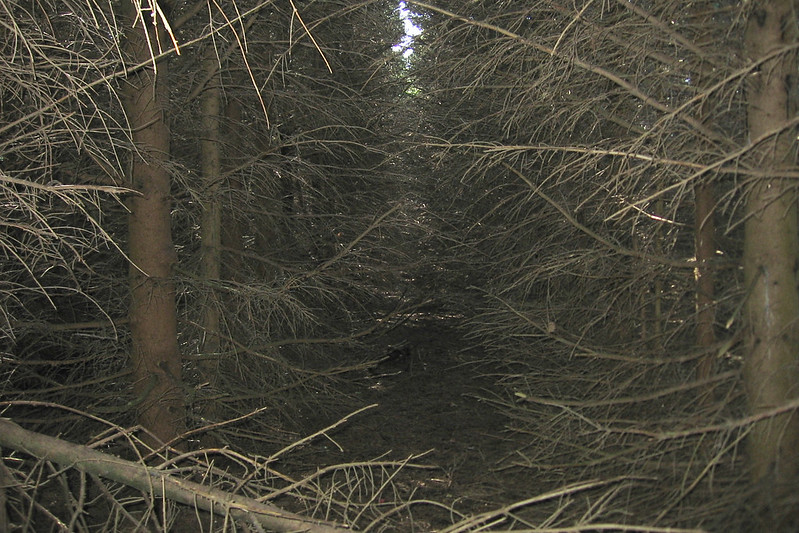 So I was thinking about this post I wrote back in April of 2012, called “Waiting for the Scary Thing”

As I approached the due date of my first child, I remember telling people that I felt like I was in a haunted house—when you’re in a haunted house, you know you’re going to be scared, you just don’t know when, so you walk around with your shoulders tense and your eyes half shut until the zombie finally jumps out at you and relieves you of the tension of waiting for it to happen. Same thing with the baby—I knew this baby was coming, I just didn’t know when, so I was walking around in constant trepidation—is this the moment? Is it now?

In Indiana, spring has come early this year… heck, summer has practically arrived. With the joys of spring come some nuisances too; specifically, this week wasps have arrived at our house. We’ve spotted a few flying around the perimeter of our house and even in our garage, but yesterday one flew right over the heads of my daughter and I while we were brushing her hair in her bathroom. A wasp in our house! Now, I’m a self-admitted scaredy cat when it comes to insects, especially ones with the means to inflict bodily harm, so since yesterday I’ve been walking around my house with my shoulders tense, looking up at the ceilings and in the crevices with dreaded anticipation of the next wasp. Is this the moment? Is it now?

Years ago, my brother got stung by a scorpion that was nestled in his shoe.  For a long time after that I would shake out my shoes before putting them on—despite the fact that I’ve never lived any place that would also be inhabited by scorpions.  That same brother suffered a brain aneurysm earlier this year, followed subsequently by a stroke. He survived both, and is working steadfastly on a miraculous recovery. As he’s moving about more and more independently, we keep trying to help him with things, and he keeps us at arm’s-length, saying, “You know, I’m going to fall.”

I’m reminded of a story by my favorite artist/storyteller Brian Andreas which goes: “Leaning out as far as she can, hoping she’ll fall soon, so she can stop worrying about whether it will happen or not.”

Because, the thing is, The Scary Thing will happen. The baby will be born. The zombie will jump out at you. The wasp (or scorpion) will sting you. You will fall. Waiting for these things, anticipating them, just adds to your agony and, worse, makes you miss out on just enjoying the journey of life.    There’s a difference between being careful (I’ll probably get some pest control for those wasps, and I admit I still sometimes shake out my shoes) and being immobilized.   (April 3, 2012)

Are you letting fear of The Scary Thing hold you back?

Because, the collective Scary Thing is happening, right now. And I think we are all walking around like in that haunted house—shoulders tense and waiting for the really bad stuff to appear… which, for some of us, it already has.

But. We will only know that it is okay when it is okay.

So, in the meantime we need to make sure we’re not becoming completely immobilized by our fear of this very Scary Thing, if we can help it. We need to handle what is actually happening while navigating through our fears of what might happen next, if we can sort through the difference.  We need to take a big gulp (even though we probably shouldn’t go get a Big Gulp) and continue to remember to put one foot in front of the other, if we are able.

Check on someone today, will you? Just send a “hello” out there. And if a “hello” is the most you can muster, know that it is more than enough.

So this is me, saying to you:  Hello.  I'm thinking about you today.