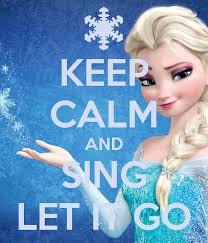 Today's post is brought to you by my Wings & Whimsy sidekick and partner-in-crime, Ali Mercier... on the best laid plans:

On January 3rd, Winter Storm Grayson took the eastern seaboard by, well, storm. My husband Phil and I were expecting our first child to appear about any day now, and Grayson had been one of the top names on the boy-name list. We decided to rule it out, hoping to cleverly ward off getting accidentally hooked on any storm-name trend and future conversations of “wait: are you talking about Grayson C., Grayson N., or Grayson S.?” When our baby boy arrived, we picked a name 1. we liked and 2. we anticipated would avoid any name-trend populations.

He weighed 7 pounds, 10 ounces. We named him Quinn.

Last week, another storm dumped about 12 inches on us. Want to guess its name? Double-n and all, a Quinn of a different sort was on the scene.

As I pondered this, texting Erika that I was having an On Wings & Whimsy moment, I started to recognize a trend—for as much as I love to wing it, all of my recent plans have seemed to go straight out the window.

Quinn’s birth, for example, was planned to be natural. When it got to the 19th and he showed no signs of showing up, I was induced. So I labored. For 30 hours. I didn’t plan to need any sort of epidural, so when the pain got crazy, I asked for the narcotics option.

They had no impact on my pain. So. Suddenly I was getting an epidural!

I’m sure the anesthesiologist planned on nailing the epidural in the first go. However, that did not work out. Nor the second. Nor the third. Fourth times a charm?

I continued laboring, going from 5cms to 8cms in a matter of literal minutes. It was the progress we’d been waiting for. We thought the soon-to-be-named Quinn would arrive at any minute!

The very smart and capable doctors decided I needed a C-section.

So, after laboring for 30 hours, they opened me up. By this point, the anesthesia had stopped working, and I could feel every cut of the knife—I sure hadn’t planned on that!

I certainly did not plan on *that*.

Gratefully, the issue was quickly remedied, and after a quick lung deflation and a few days in the NICU, the Quinn-baby was as good as new. Which was great. Because that’s actually what he is: brand, spanking new. And cute. And currently hiccupping cute little baby hiccups.

It didn’t go as planned, but it certainly worked out.

That’s just one thing that jumped to mind. Another is that the townhouse that we fell in love with—when we planned to get a loft-style apartment—was supposed to close in December. Then January. Then February.

We closed, magically, three days ago. In *March*. After bouncing from my mother’s, to an Airbnb, to a friend’s/saint’s loft. If you count the NICU, Quinn lived in four places by the time he was four weeks. Once again: plan out the window. But it worked out.

Here’s another: we moved up to New England this fall. I had been planning on waiting and setting a plan that would make sense for me to work for The Leadership Program for when I was ready to move back to New England. And then I found out I was pregnant! Months and months earlier than planned.

Another plan bites the dust.

And that said, a decade ago—March 2008—my then-boyfriend convinced me to move in with him in NYC. After finally acquiescing, and with ample encouragement from a roommate of his, the lovely Kelsey Suemnicht, to come work with her at this amazing company full of amazing humans doing amazing things, I planned to join her team. For months, without speaking to anyone else at the organization, I told anyone about my soon-move to NYC and my soon-to-be job at said company, The Leadership Program. No such job existed. I planned anyway. Surprisingly a temp position opened up, and it worked out. Once again, it worked out.

And it worked out a little better than planned: I initially told my then-boyfriend/now-husband that I wouldn’t be in NYC for more than one year. We stayed until this fall. That put me a little over 8-years past my proposed deadline. And it was my doing.

You see, I didn’t plan on falling in love with that amazing company and those amazing people, but I did anyway. I let go of my one-year plan, and I was all the better for it.

Sadly, my time at Leadership is coming to an end—both much sooner, and much later, then planned. With all these plans out the window and surrounded by the snow left over from Winter Storm Quinn, I’m embracing my inner Elsa and letting it go. Both because I have no choice, and because I never really had one in the first place.

I’m planning on taking care of the Quinn-baby full-time for a while, something that I never imagined for myself. Maybe I’ll catch some consulting and freelance work on the off-hours. I’ve loved being on this Wings & Whimsy journey with Erika and many of you. It has been a privilege to play in inspiration and laughter for so many years. But it looks like this will be my last post.

At least that’s the plan for now.

Catch me @AliMercier on Twitter and at alimercier.com. You’ll see what ends up with all *these* plans.

How can you let go of your best laid plans today?

Letting go, and signing off. Thanks for the laughter. The love. The growth. The memories.

Ali Mercier, Marketing Content Manager at The Leadership Program, prides herself on her "move fast, break things" pace, eager to bring the world of Youth Development into the world of tomorrow. She insists that you find joy wherever you can in life, including (and sometimes especially) in your work. Ali earned her writing degree from the communications- and arts-focused Emerson College in Boston. Connect with her on Twitter @AliMercier.