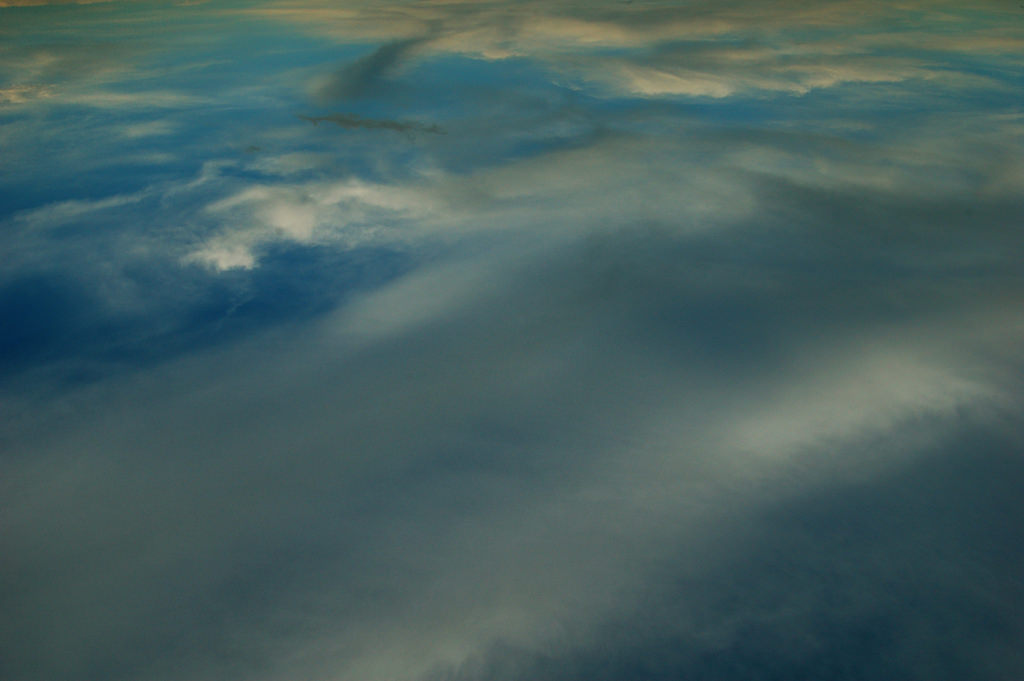 The Languages of Life

The Languages of Life

I was flying back from New York on Saturday night, after a full day of delays and re-routes, in the midst of the “polar vortex” that swept through the nation last week. As we neared Indiana, the turbulence picked up pretty significantly, and stayed rough for quite some time. So much so that there were audible gasps, and even a few shrieks, from people on the plane.

Normally such lurching and dipping sets my heart rate going too, but this time I was fine. I had music playing in my headphones and so I just turned it up loud, focused on my breath, and was reminded of these passages from The Alchemist, which I just recently re-read.

“…I don’t live in either my past or my future. I’m interested only in the present. If you can concentrate only on the present, you’ll be a happy man. You’ll see that there is life in the desert, and that there are stars in the heavens, and that tribesman fight because they are part of the human race. Life will be a party for you, a grand festival, because life is the moment we’re living right now.”

“He still had a long way to go to reach the pyramids, and someday this morning would be just a memory. But this was the present moment—the party the camel driver had mentioned—and he wanted to live it as he did the lessons of his past and his dreams of the future. Although the vision of the date palms would someday be just a memory, right now it signified shade, water, and a refuge from the war. Yesterday, the camel’s groan signaled danger, and now a row of date palms could herald a miracle. The world speaks many languages, the boy thought.”

That Paulo Coelho.  He knows a thing or two.

The world speaks many languages, and life is the moment we are living right now.

So, in that moment I could choose to focus on the past—previous experiences with turbulence and comparing if this particular turbulence seemed somehow more menacing—or the future—do planes ever crash if the turbulence gets bad enough? What if I DIE???—or I could just get myself present in that current moment. And the only thing I had control over in that moment was me, so I drowned out the noise of the fear in the cabin with my music and I centered myself with the feeling of my breath.

The world speaks many languages, and those languages change by the day. Danger turns into miracle-- poof, just like that.

Are you paying attention to the language of today, of this moment, for you?

Challenge: In the swirling and whirling of the holiday season,
it's easy to actually completely lose sight of the present, or
enjoy it anyway. What techniques to you use to ground
yourself and focus on the here and now? Tell me about it in
the comments below, or tweet it to me @ErikaPetrelli1

“The Languages of Life”, The Leadership Program, 2016