The Story's Not Over Until... Well, It's Over 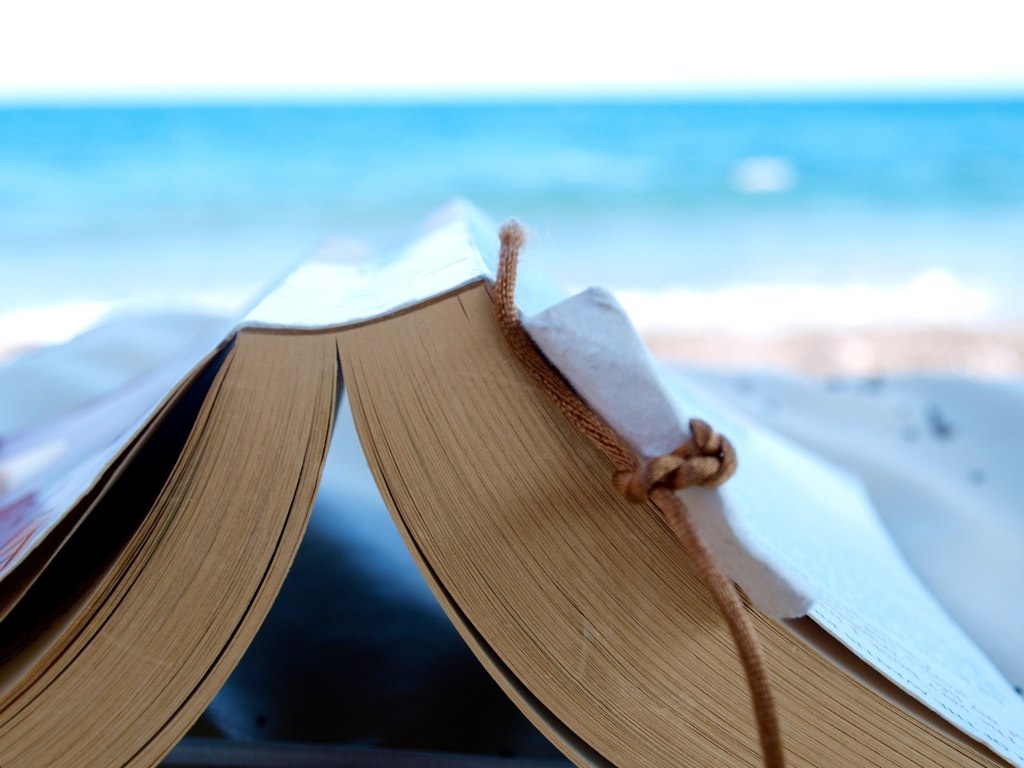 "Reading A Book At The Beach" by Simon Cocks

Did you watch the Super Bowl on Sunday night? It was one for the record books and the history books and the Monday morning water cooler. It was remarkable.

Even if you didn’t watch, I’m sure you’ve heard by now that though the Atlanta Falcons dominated the game for the first three quarters, the New England Patriots managed to fight back—trailing 28–3!—and ultimately win the game in overtime, 34-28.

Now. I’m a Colts fan through and through, and that makes my number one arch nemesis the New England Patriots. So, I was cocky and gleeful in the first half. Doing my happy dance and heckling my Patriot-fan friends and singing “Ding, Dong New England is dead… that mean old witch, that wicked witch.” I mean, Atlanta looked unstoppable. It was 21–3 at halftime, and no team had ever come back from more than a ten-point deficit to win the Super Bowl previously.   It was a lock. Statistics, and the current state of the game, said so.

New England grabbed the reins midway through the third and never looked back.

Now, there are things you can point to—a fumble and turnover, a catch that defied all the laws of physics, some “bad” play calls—but the truth is simply that New England never gave up, never lost focus, and played hard until the end. And so the story of Super Bowl 51 had an ending that most of us didn’t expect because we had written another ending all together.

Oh, boy, are there lessons in this one.

Next time you’re thinking that? Get a picture of Tom Brady in your head. And get your a$$ back on the field.

Or remember what Paulo Coehlo teaches us via The Alchemist:

“Before a dream is realized, the Soul of the World tests everything that was learned along the way. It does this not because it is evil, but so that we can, in addition to realizing our dreams, master the lessons we’ve learned as we’ve moved toward that dream. That’s the point at which most people give up. It’s the point at which, as we say in the language of the desert, one ‘dies of thirst just when the palm trees have appeared on the horizon.’”

Don’t define your ending before you get there.

A friend recently sent me this quote:

“A person is like a novel: Up to the very last page you don't know how it's going to end. Otherwise, there'd be no point in reading...” ―Yevgeny Zamyatin

Up until the very last page, we don’t know how it’s going to end. So shed your assumptions and open yourself up to the possibility of some delightful surprises that might be waiting for you on the very next page, if only you just hang in there to turn it.

How can you keep yourself open to a surprise ending today?

Challenge: Think about a story in your life that you've
written the ending to already. What can you do to turn the
page and discover the ACTUAL ending? Tell me about it in
the comments below, or tweet it to me @ErikaPetrelli1

Interested in having Erika’s blog come directly to your e-mail each Tuesday? Have comments to share?  E-mail her at erika@tlpnyc.com.
Find all her previous blog posts at www.tlpnyc.com/author/erika