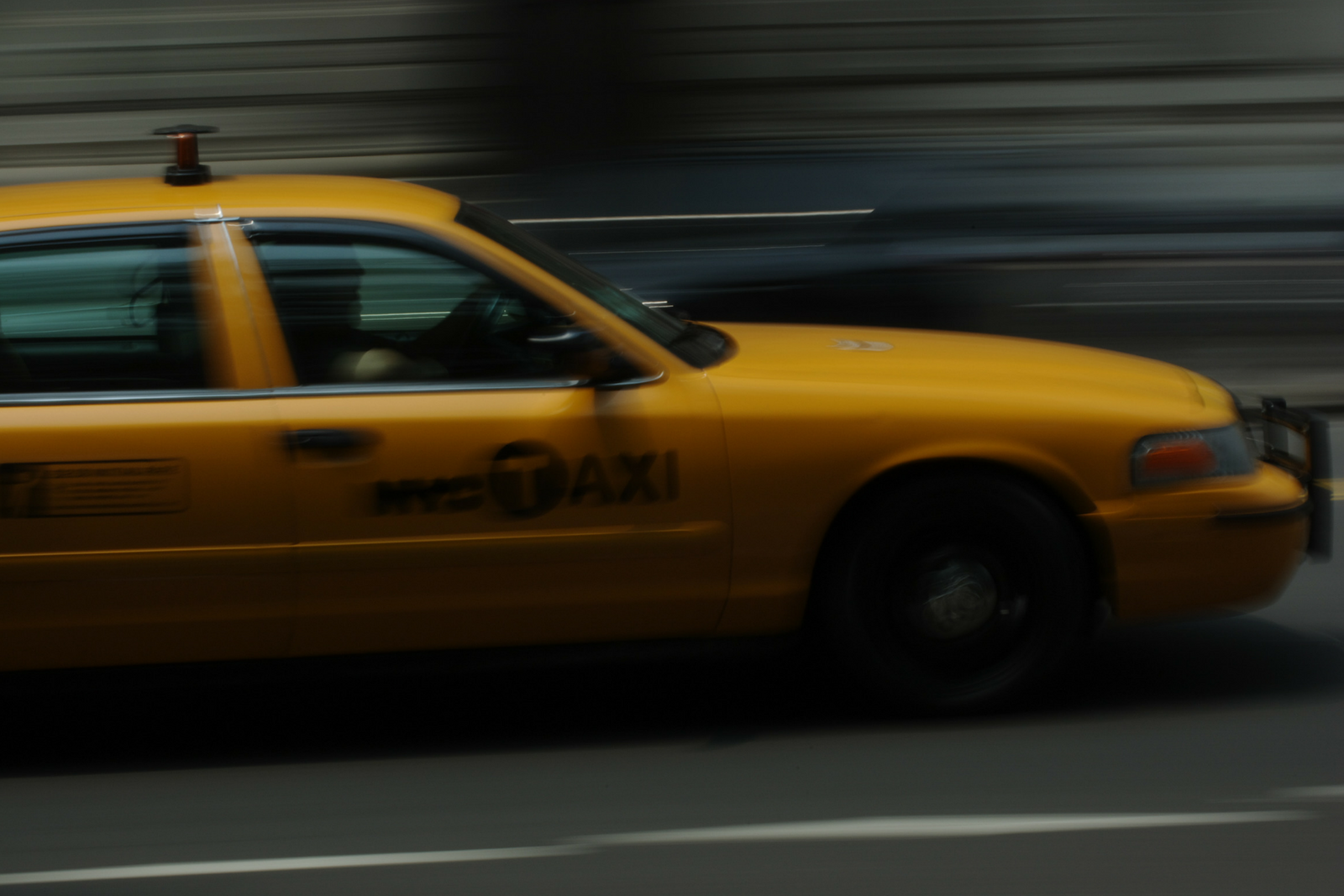 Wake up, or Prepare Yourself for Life to Wake You Up!

Wake up, or Prepare Yourself for Life to Wake You Up!

So, I flew into NYC a few years back and, as per usual, grabbed a cab from the airport to take me to my office. It was morning rush hour. My cabbie was a total chatterbox from the start—bragging about how quickly he could get me anywhere in the city I needed to go, etc. and blah blah blah. Then, about ten minutes into our ride, he suddenly pulled over onto the shoulder, hopped out, popped the hood of the car, did who knows what, closed it and got back into the car. I asked him what he was doing/what was wrong a few times but he wouldn’t answer me or look at me. Couldn’t get another peep out of him.

Fast forward another ten minutes or so. We were on the Expressway barreling toward Manhattan in the middle lane when suddenly BAAMMM! the hood flew open and slammed into the windshield, splintering it in all directions. The driver shouted “Praise Allah, I am a good driver!!!” without so much as hitting the brakes. I yelped and jumped into action, looking across the lanes to our right to see if he could move across and pull off to the shoulder, and tried to direct him accordingly.

Somehow, we made it across the road and safely to the side.

I was like—“umm…. I think we should call the cops right? We need help.” He adamantly resisted, saying the car was JUST FINE and that he would fix it. He hopped out of the car and went to his trunk. I hopped out too, just… because. He pulled out a huge thing of rope from his trunk and went around the front to start messing with the hood. I decided that we needed to get help. I mean it wasn’t just the hood, you know? The windshield was a total mess. So I called 911 because who knows what number you’re supposed to call when you need the police but it isn’t an emergency? Do you? I don’t. So I called 911 and profusely apologized for taking up their time with a non-emergency, explained our situation, and asked them to send someone over. They said sure thing someone should be there within an hour or so. Ah, NYC. And of course none of the other cars on the road were so much as slowing down to see if we needed help.

Meanwhile, my guy was now off to the side of his car, and I happened to look over at him and noticed that he had peed his pants.

So I was standing there on the side of the highway with cars zooming past trying to figure out what the heck I was going to do for the next hour while waiting for the police to show up when he suddenly got into the driver’s seat and started to pull away a little bit. And I was like “Oh my f@$#n God this dude is totally about to ditch me.”

But then he stopped. And he got out again. I could only imagine the angel/devil conversation that he had just had with himself in the car. But then moments later a private car service car pulled over in front of us and a guy got out and asked if I needed a ride. And as I was leaping over the cab with joy toward this glorious freedom that I would have paid $400 for, my original cabbie asked me to pay him. I said thank you but no thank you and left. As we were pulling out, I saw him get back into his cab and speed away. So I called 911 back and profusely apologized for once again calling with a non-emergency but wanted to let them know that I didn’t think he’d be needing their services anymore.

I have no idea what that whole thing was about.

On the one hand, I feel really bad because for whatever reason the idea of the police literally scared the pee out of him… and who knows what that was about; maybe he truly didn’t need help and I should have just let him fix it on his own. I don’t think I was a good steward for him in that moment. I wasn’t working to try and understand him, I was just focusing on MY escape from the situation.

On the other hand, the idea of the police literally scared the pee out of him, and who knows what that was about. So maybe being a good steward for myself was what I actually needed to be. I’ll never know.

But I DO know this: Have you ever had a hood fly open when traveling about 60 miles per hour? It’s impactful.  It’s unexpected. And… for me, at least… it begs you to take action. It wakes you up.

I’ve had repeated moments since then that say HEY, WAKE UP! ARE YOU AWAKE??! Those moments are so important. They jolt you out of a sleepwalk that most often you don’t even know you’re in. I’m not sure the reason for my intersection with this particular cabbie on this particular day, but the memory of it will always make me go “whoa.” And I am ever grateful for the “whoa” moments in life.

Hey.  Wake up.  Is there a hood about to slam into your windshield?

Challenge: This week, take a look around your life. Do an
inventory. Any areas needing your attention? Tell me about it
in the comments below, or

“Wake up, or Prepare Yourself for Life to Wake You Up!”, The Leadership Program, 2016