Shhh.... Are you Listening to the Music?

The Music of Life 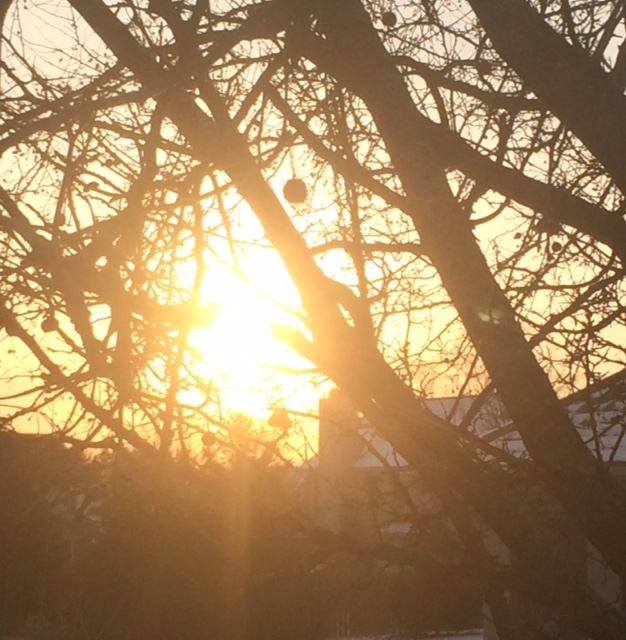 I think I’m still on a new year kick.  I’m soaking in the words of poets and philosophers and artists alike, vibrating with the hum of possibility.  And I’m feeling compelled to share them with you, too.

One of the pieces I re-connected with was this speech by late philosopher Alan Watts:

“The existence, the physical universe is basically playful. There is no necessity for it whatsoever. It isn’t going anywhere. That is to say, it doesn’t have some destination that it ought to arrive at.

But that it is best understood by the analogy with music. Because music, as an art form is essentially playful. We say, “You play the piano.” You don’t work the piano.

Why? Music differs from say, travel. When you travel you are trying to get somewhere. In music, though, one doesn’t make the end of the composition the point of the composition. If that were so, the best conductors would be those who played fastest. And there would be composers who only wrote finales. People would go to a concert just to hear one crackling chord… Because that’s the end!

Same way with dancing. You don’t aim at a particular spot in the room because that’s where you will arrive. The whole point of the dancing is the dance.

But we don’t see that as something brought by our education into our conduct. We have a system of schooling which gives a completely different impression. It’s all graded and what we do is put the child into the corridor of this grade system with a kind of, “Come on kitty, kitty.” And you go onto kindergarten and that’s a great thing because when you finish that you get into first grade. Then, “Come on” first grade leads to second grade and so on. And then you get out of grade school and you got high school. It’s revving up, the thing is coming, then you’re going to go to college… Then you’ve got graduate school, and when you’re through with graduate school you go out to join the world.

Then you get into some racket where you’re selling insurance. And they’ve got that quota to make, and you’re gonna make that. And all the time that thing is coming – It’s coming, it’s coming, that great thing. The success you’re working for.

Then you wake up one day about 40 years old and you say, “My God, I’ve arrived. I’m there.” And you don’t feel very different from what you’ve always felt.

Look at the people who live to retire; to put those savings away. And then when they’re 65 they don’t have any energy left. They’re more or less impotent. And they go and rot in some, old peoples, senior citizens community. Because we simply cheated ourselves the whole way down the line.

We thought of life by analogy with a journey, with a pilgrimage, which had a serious purpose at that end, and the thing was to get to that thing at that end. Success, or whatever it is, or maybe heaven after you’re dead.

But we missed the point the whole way along.

It was a musical thing, and you were supposed to sing or to dance while the music was being played.”

We missed the point the whole way along. It was a musical thing, and you were supposed to sing or to dance while the music was being played.

How many of us miss the dance?

It can be so easy to get caught up in the thing we’re reaching for—the next pay raise or promotion, the next relationship, the new town, the ideal weight, next week’s meeting, next year’s vacation—that we forget to look around at the right here and now. We stop hearing the music altogether.

It can also be easy to lose our song, or to never test it out in the first place. The voices of those around us seem smarter, somehow better, so we remain silent. What a dis-service to us and to the world! Brad Montague, creator of Kid President, put out this wonderful video last week about a bird and his unique song. If you missed it then, stop for a minute and check it out now. I promise you, it’s worth the three minutes.

I implored you last week to find the song that only you were meant to sing… but how many of us never do? How many of us worry about how it will sound and how many people will like it and how it will be received and what might go wrong and how it might be different or mis-understood… and on and on until we finally just mutter to ourselves, maybe next time. Maybe next time.

But eventually there won’t be a next time.

The music is playing RIGHT NOW.

My friends, the universe is holding out her hand to you, inviting you onto the floor. It’s time to stand up and dance. To sing. To play. To delight in the here and now.

What would you be doing if you were truly dancing right now?

P.S... Alan Watts is amazing to listen to, and the audio of his speech above was made into a video by a man named David Lindberg. I personally find it better to just listen with my eyes closed, rather than watching the accompanying visuals, especially because he chose some stunning music to go with it, but do it your way. Either which way, listen to the final lines from the song included, “Saturn” by Sleeping At Last… “how rare and beautiful it truly is that we exist.”  My challenge to you is this: find a beautiful spot, a spot that holds beauty for you. Grab a journal or notebook or scrap of paper. Sit in reflection for ten minutes on how truly rare and beautiful it is that we exist.  What makes that true or untrue for you, and why? I’d love to hear anything that comes up for you, if you’re brave enough to sing that song to me.

Challenge: Listen to the song “Saturn” by Sleeping At Last.
Pay attention to the final lines… “how rare and beautiful it
truly is that we exist.” My challenge to you is this: find a
beautiful spot, a spot that holds beauty for you. Grab a
journal or notebook or scrap of paper. Sit in reflection for ten
minutes on how truly rare and beautiful it is that we exist.
What makes that true or untrue for you, and why? I’d love to
hear anything that comes up for you, if you’re brave enough
to sing that song to me. Tell me about it in the comments
below, or tweet it to me @ErikaPetrelli1

Want to buy the interactive journal, On Wings & Whimsy, available now on Amazon? Simply follow this link! https://www.amazon.com/Wings-Whimsy-Finding-Extraordinary-Ordinary/dp/1941916104/ref=sr_1_1?ie=UTF8&qid=1484051595&sr=8-1&keywords=On+Wings+%26+Whimsy
Interested in having Erika’s blog come directly to your e-mail each Tuesday? Have comments to share?  E-mail her at erika@tlpnyc.com.   Find all her previous blog posts at www.tlpnyc.com/author/erika