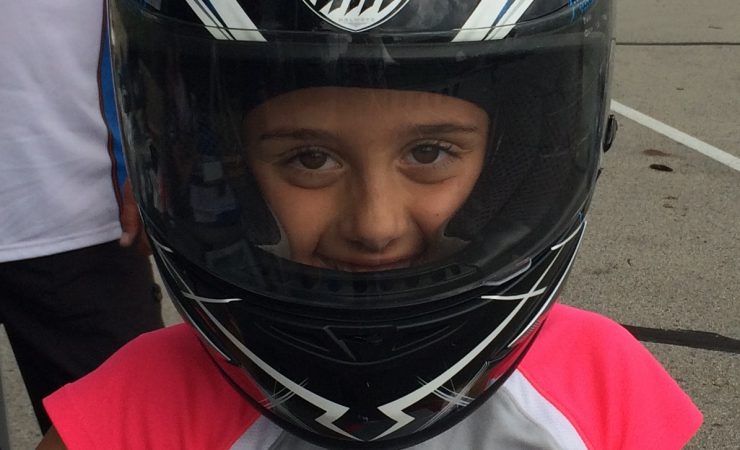 My husband and his team put on one of their amazing annual festivals this weekend called The Festival Of Machines. Sprawling over several acres of property, festival-goers can look at (and climb on) cement mixers, tractors, old time steam engines, old time fire engines, classic cars, race cars, army helicopters, and more. They can ride on a mars “rover” bike made by a competitive high school team, race each other on kid-sized motorized vehicles, take flight on a “hover chair,” go on a thrilling ride in an actual two-seater go-cart, spray water from an actual firehose attached to a hydrant, go down a ramp in a soap box derby car, go on a hayride, and more. It’s tons of fun, with lots to experience.

As any “experiential” place will have you do before entering, this festival asked participants to sign a standard waiver releasing them of liability. The kind we all sign before we go in a jump house or on a trampoline or up in a hot air balloon or basically anywhere we’re going to engage not just our minds but our bodies in some kind of fun.

So I’m standing at the waiver table on Saturday, signing away, when a man walks up next to me, tosses the waiver down, and says to the poor, sweet young bright-eyed worker man behind the table: “So what happens if I don’t sign it?” His stance was aggressive and his voice trembled a bit with the nervous/excited adrenaline of someone who has come to pick a fight.

The poor, sweet worker started to reply with some version of “well that basically means you can’t participate in any of the hands-on activities etc and so on” and then paused and asked “so why wouldn’t you want to sign it?”

Which was all the man needed to hear.

“Why wouldn’t I sign it? Are you kidding me? Why wouldn’t I SIGN IT? This basically says that if you guys screw anything up or if an engine blows up there’s nothing I can do about it. Are Americans really THAT STUPID that they don’t READ ANYTHING ANYMORE?!?!”

He said. Loudly. To the “stupid American” standing right next to him currently signing the darn thing (me).

I tossed a sympathetic smile and eye roll to the poor, sweet, and now growingly awkward, worker behind the table, finished signing the waiver, and walked away.

I thought about saying any number of things to that man, but I didn’t. And I’ve been thinking about that choice to stay silent—whether I should have somehow intervened. But my kids were standing right there with me. My 8- and 5-year-olds. They weren’t paying attention to the man because they were too busy eyeballing all of the activities that awaited them. But if I had engaged in the conversation, they definitely would have started to pay attention. And I’m not sure anything productive would have come of it.

Still. I struggle with this one, because what about the poor, sweet worker man? I just left him to deal with Right Man all on his own.

What would you have done?

While I grapple with this one, I will say this: watching Right Man reminded me what happens to people when they get hung up on being right. When they don’t want any other resolution than affirmation that they are RIGHT.

Whether we care to admit it or not, I think we all have moments where this comes out in us. Whether at work or at home—moments that make us say “Hey, I’M RIGHT! Now let me go prove it so that people will affirm it and generally acknowledge and revere my RIGHTNESS! I’m So Right!”

So here’s the thing: sometimes you might actually be right. But that’s not the point. The point is what happens to you when suddenly all you can see or care about is that those around you also understand and acknowledge that you are right. It becomes less about the thing itself and more about personal validation.

So—are you currently holding a “right” flag? Let Right Man be a cautionary tale for you. Put down the flag, friend. Put it down.

How can you let go of the “right” flag today?

What are the pros and cons to engaging in a Right Man? Was
it better for me to walk away or should I have engaged with
him? Have you ever had moments where being right WAS the
most important thing? Let's talk about this! Let me know
your thoughts in the comments below, or tweet me
@ErikaPetrelli1

“Being RIght: When It’s Not the Most Important Thing”, The Leadership Program, 2016